Today was a fairly productive day.  Despite the weather and single digit temps/wind chill I was able to get a lot of outdoor chores done while the baby was sleeping.

The only outdoor animals I have had before this year were my three chickens that I had two houses ago. That meant only one waterer to keep thawed and three animals to make sure we’re sufficiently warm.  Even last year when we had two sheep, they were at my brother in law’s house so the chores fell almost entirely to him.

This year is significantly different.  I have my three sheep and his lone sheep to keep watered and warm.  The six remaining chickens need water and shelter from the wind and drafts.  The rabbits need water, but shelter is mostly taken care of at this point.  The quail, who have recently been moved outside also need water and sufficient warmth.

Firstly the chickens.  With the chickens that I had several years ago I had made what I will call door flaps.  I took shelf liner and cut strips into it to help at least slow the flow of air through the coop.  I did the same thing today.  I took a stake, cut it to length, and then added my flaps.  I then installed the flaps into the coop door for the chickens.  Hopefully it will help reduce the straight wind through their coop during the day.

The flaps ready for installation

I also added a tarp around the chicken run.  It should collect solar energy during the day as well as breaking the wind.  At night I can pull it around 2/3 of the run to increase protection. 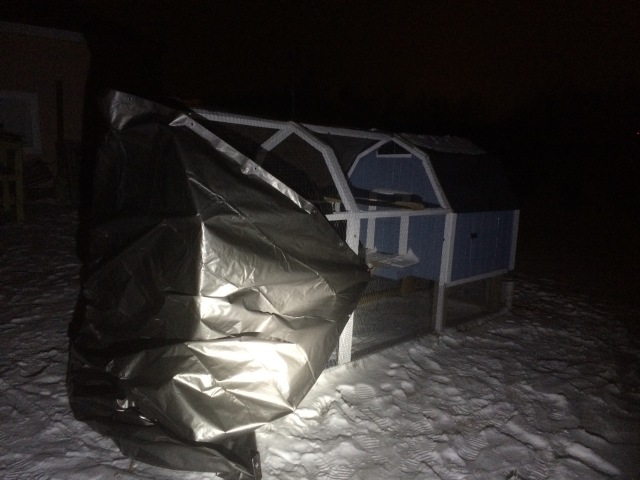 For water the heated base I had been using for the chickens was not working properly.  To fix this I bought a heated water bucket from Tractor Supply and fill it up every morning and dump it out every night.  I do this to avoid heating water all night while the chickens sleep, and to make sure they have clean water.

The quail have thus far refused to drink from the heated rabbit bottle with the nipple, so I am taking them water a couple times a day.  I am hoping to remedy this soon.  I added the heat mat that I had bought for them when they were chicks, just to make sure they are warm enough.

The sheep have a 15 gallon water tank that is heated with a simple tank heater.  It is topped off as necessary.  We have only in the last couple days gotten more than a dusting of snow so feed wasn’t a problem as they were still eating grass from their pen.  This past week I started feeding hay on a regular basis and I plan to build a feeder that should reduce hay waste.  That will be an upcoming post.  For shelter they have their pallet built run in that can get them out of the wind.

I still need to get the bee hives wrapped, but they survived last year without problem, so I am hoping they can wait until I get to it.  I plan to add some of the insulation board around the hives to help keep them warm.

When we had the skirting installed around the house we had them install 2″ insulation board behind the skirting.  There was a small section left un-insulated so that we could access the utilities.  Today I took another sheet of insulation and installed it in that space.  it required only minor modification in order to fit around the pipes.  There is still about a foot of space that doesn’t have a sheet of insulation, but this will suffice for now.  When I stuck my hand under the house it was actually not that cold.  The biggest worry would be that the water pipe would freeze and burst, but the pipe wasn’t very cold at all to the touch.  I don’t believe it was cold enough to even activate the heat tape. 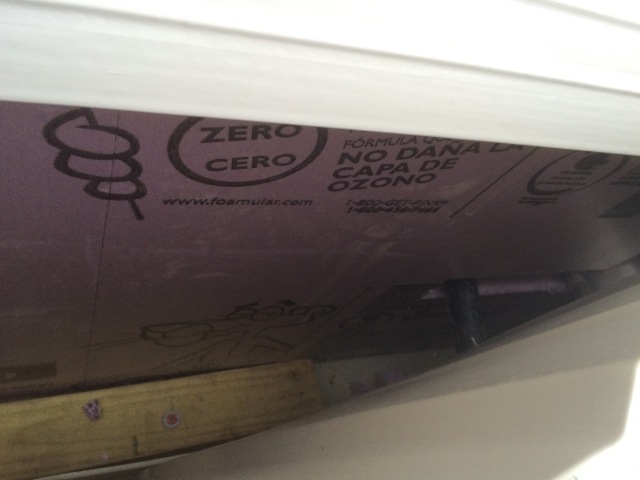 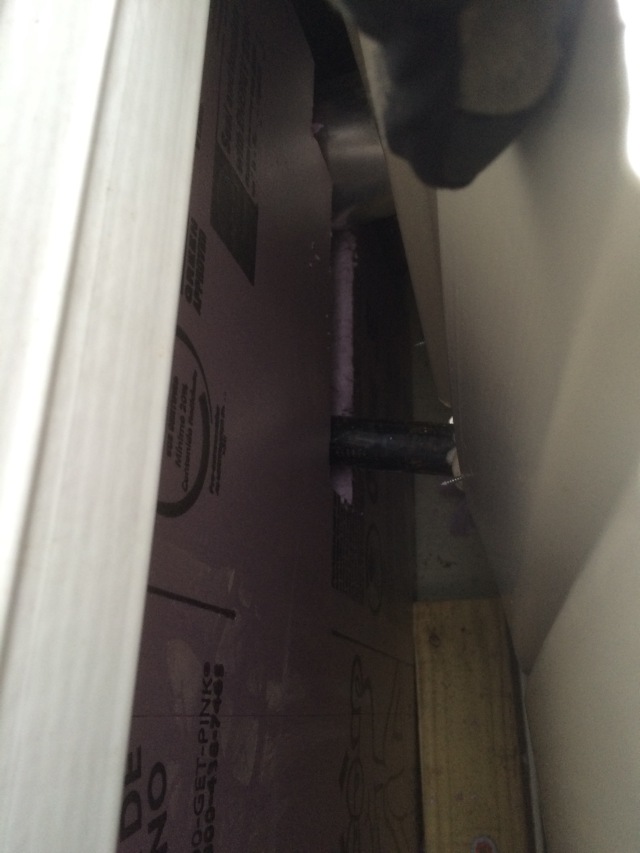 A slightly larger cut was required for the dryer vent pipe

All in all it was a very productive day.  Homestead Boy #3 took good naps that allowed me to get the things done I needed to with the weather that has arrived this week, and the other kids got their work done, mostly, while I was working.  Stay warm!

Quoting the Bible, Prayers, Saints, and Other Notable Catholics

This is the blog for our little farm in Skagit county. Here we have Shetland sheep and Nigerian Dwarf goats. In addition we have donkeys, llamas, cattle, pigs, chickens, geese, and peafowl. The blog describes the weekly activities here.

I have loved the comely order of the Lord’s house

Learning to do for yourself, saves you money and protects your dream