I took a five gallon bucket of water down to the orchard to water the two trees we planted yesterday.  On my way back up to the house I figured I should check the garden and pick anything that was ready before the rabbits got to it.  I mostly harvested an assortment of tomatoes, but I also got a couple zucchini and a watermelon.  The watermelon wasn’t much bigger than a cantaloupe, but I figured if I didn’t pick it now, it would be the animals that got it before we did.  It was very good, and the kids enjoyed spitting the seeds out.  I plan to save the seeds and see how they do next year.

While I was picking I checked on most of the rest of the garden.  Despite me tending to the garden almost not at all, we are still getting produce out of it.  Other than what I picked today, there are still a ton of tomatoes coming as well as a few more zucchinis.  We are also getting some gourds, and even a pumpkin or two.  I’m not sure if we are going to get any corn this year as we were late in planting it, but I’m still holding out hope.  The late planted sunflowers even look as though they may get a seed head on them yet. 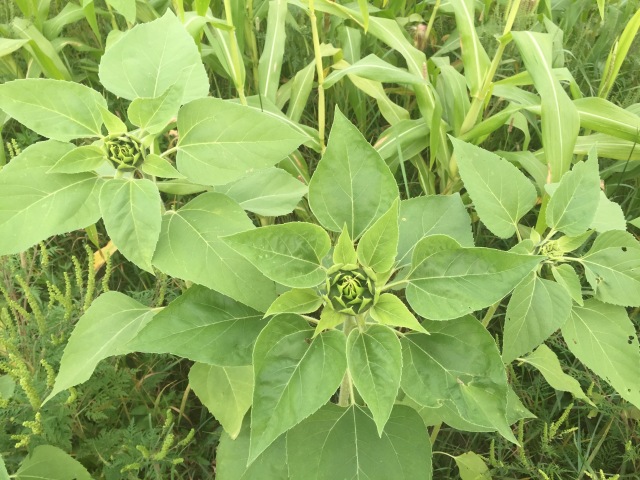 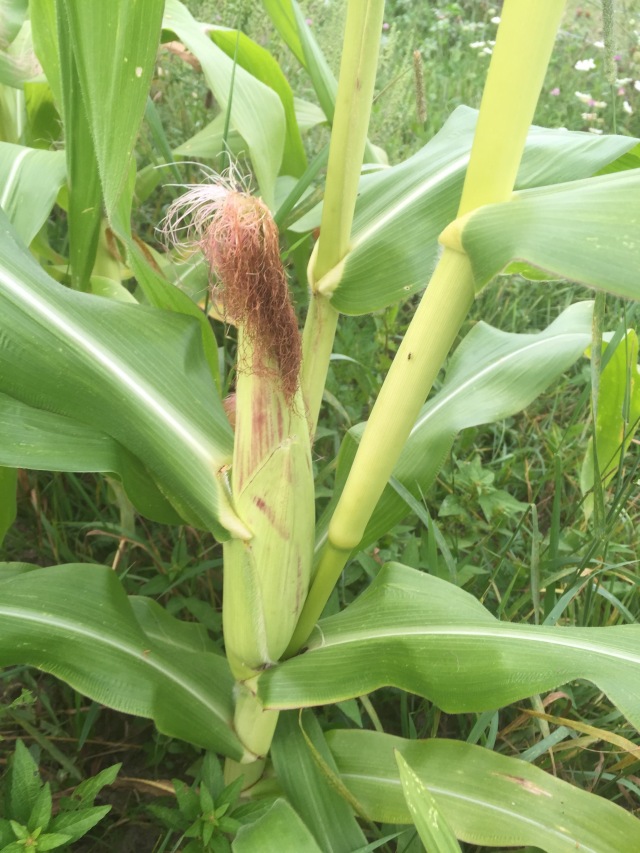 The sunset was beautiful tonight, it looked as though the clouds were on fire.

My wife and kids again made ice cream tonight.  We have just been making vanilla, but boy does it taste good.

Quick story… this afternoon while in the house I heard a quite loud jet noise.  Where we live we don’t have a whole lot of airplane traffic and what traffic there is normally flies quite high.  Our last two houses had quite a bit of airplane traffic over head so I may not have thought too much of the noise there.  I went out onto the front porch to see what was making the noise and one of the Blue Angel flight team was practicing directly over our house.  It was pretty cloudy so we could just catch glimpses of him.  The coolest maneuver we saw was him pulling the stick back and looping back the way he came.  There is a large aerial show near here this weekend so I won’t be surprised if we see cool airplanes all weekend long.  One year a stealth bomber flew in a holding pattern over our place, he must have circled three times.  It just so happened to occur on the day we were celebrating Homestead Boy #1’s birthday so I claimed I scheduled it, hehe.

5 Responses to The Garden Giveth, and More Ice Cream

This is the blog for our little farm in Skagit county. Here we have Shetland sheep and Nigerian Dwarf goats. In addition we have donkeys, cattle, pigs, chickens, geese, and peafowl. The blog describes the weekly activities here.

wild tales from the journeys of lisa m. rose

Learning to do for yourself, saves you money and lets you live your dream

An English persons experience of living and gardening in Ireland

Just a glimpse into the life and thoughts of a stay at home, homeschooling, business owning Momma of 5, who LOVES learning, crafting, taking photos, road trips, adventure and family time!